Do you miss traveling being stuck at home? You are not alone!

Watching movies is always an amazing chance to remove boredom and we have a list of fun travel movies that you can watch on Netflix in Quarantine.

Heinrich Harrer, an Austrian climber and mountaineer shares his experiences in Tibet between 1939 and 1951 during World War II. He breaks out of prison and travels to the holy city of Lhasa. He soon comes close to the 14th Dalai Lama after being his instructor.

Based on a true story, Into The Wild represents the tail of a young college graduate, Christopher McCandless ready to embark on his own journey of adventure. He hiked across North America into the Alaskan Wilderness in the early 1990’s. The Alaska scenes portray the areas around the abandoned bus on the Stampede Trail and were filmed 80 km south of where McCandless died in the small town of Cantwell.

He gives up everything and prefers spending his life in the wild, strange huh? That’s what traveling does to people!

A Travel documentary, which has nothing to do with happiness made by a young German couple who desire to leave the lights of a big city, Berlin and feed their souls by wandering around nature on an epic road trip. They attempt to travel to Canada, Alaska, U.S. in a refurbished school bus, with their dog. How romantic is that?

Truly, this movie will inspire you to explore the beauty of your country!

A newly widow, Kate decides to travel on a second honeymoon in Africa all by herself, after her husband ends their marriage. There, she and Derek, a pilot, rescue a baby elephant and help it back to health. Filled with beauty and nature, Kate falls in love with her new surroundings.

Well then, who doesn’t love to be surrounded by nature? 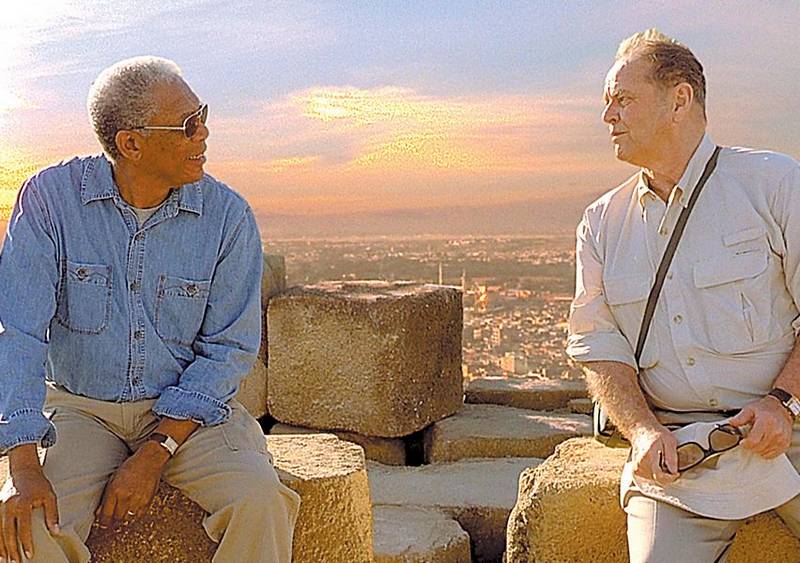 A comedy drama film, presenting two ill friends left with only six months to live who decide to go on an adventure and explore life. They end up making a bucket list with all the things they never tried before and start by taking a road trip.

After all, friends are for life!

Which is your favorite Travel Movie? Do let us know in comments below!

previous
Top 10 Honeymoon destinations in Pakistan 2020
next
Snowfall in Ayubia After More than a Century!